Band on the Wall turns up the heat as it opens its doors to these legends of the Cuban music scene. See you at the front for a night of intoxicating rhythms and thrilling beats.

Sierra Maestra are one of Cubas leading son bands, and were instrumental in the revival of the genre in the late 1970s and 1980s. They are also extremely well known for being the group that launched the careers of Juan de Marcos Ganzález and Jesus Alemañy, two of the most important figures in the development of Cuban music in the latter years of the twentieth century. Followed by a party Cuban style with DJ Les Mancubian (Republic of Salsa, 100% Cubano).

Named after the mountain range on the east of Cuba, and birthplace of the son, Sierra Maestra’s aim was to revive and re-introduce this popular Cuban music style from the 1920s and 30s to the contemporary mainstream audience. Since then they have become one of Cuba’s finest musical exports performing and thrilling audiences around the world. Band on the Wall is delighted to welcome these legends to its stage in what promises to be one of this season’s highlights. Advance booking recommended.

This concerts starts at 8pm but our Picturehouse cafe bar will be open earlier for delicious homemade food and drinks. 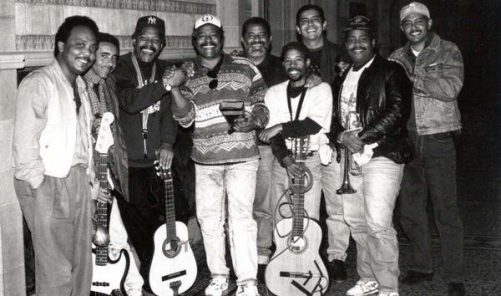