This concert has been rescheduled from 9th May. All tickets from this date will be honoured.

With a new band, currently on a ‘Never Ending World Wide Tour’, as a rare and wonderful treat we present the singer-songwriter and multi-instrumentalist performing a delicious mix of rhythm ‘n blues, gospel and blues with elements of jazz, soul and rock ‘n roll on 9th May 2013. Plus very special guest appearance by Jesca Hoop.

Son of rhythm & blues pioneer Johnny Otis, Shuggie Otis started playing guitar at a mere 2 years old, and embarked on his performing career at 12 with his father’s band. By 15 he was so heavily influenced by blues and jazz he was already writing fantastic cuts, which resulted in his 1969 debut ‘Here Comes Shuggie Otis’, then his iconic second album ‘Freedom Flight’ (1971). Including full string sections, Shuggie’s funk rhythms and wah-wah guitar on tracks like ‘Me & My Woman’ take on a definite Hendrix feel, and the album also features his smooth and melodic composition ‘Strawberry Letter 23’, which the Brothers Johnson re-recorded and made into a globally known and sampled platinum hit.

After a 2001 re-release of ‘Freedom Flight’, Shuggie and Sony Music Entertainment are embarking on a 2013 re-release of his third and influential 1974 album ‘Inspiration Information’, which gained a huge cult following in the 1990s acid jazz era. The album also features a whole album’s worth of previously unreleased material, and some exciting live performances.

This concert will begin at 7.30pm but our Picturehouse Cafe Bar is open from 5.30pm for delicious food and drinks. 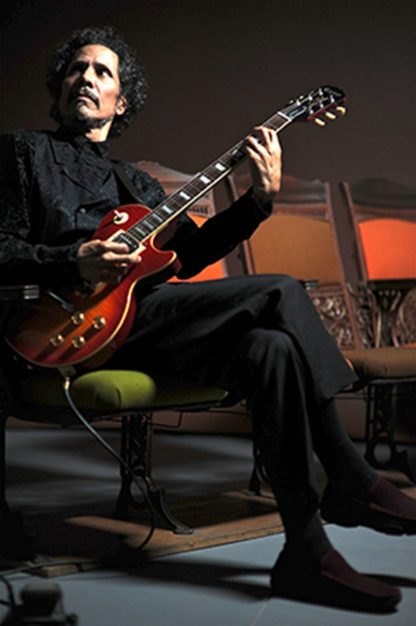