After a pair of huge releases on their own imprints, dub warriors Adrian Sherwood & Pinch finally deliver their long-awaited debut LP Late Night Endless. Using their chest-rattling live show at Tokyo’s Sónar in April 2013 as the catalyst for the full length, the individual strengths of each producer are a perfect fit; with Pinch’s complex drum work interlocking with Sherwood’s spatial electronic dub imprints.

The culmination of two years in the studio developing, re-dubbing and deconstructing tracks, it finds the highest common factor between the two’s techniques and touches on the urban swing of UK garage, on interstellar nineties ambient dub and the mystical minimalism of Pinch’s first releases. Utilising Sherwood’s deep-fathomed sound bank, Late Night Endless also incorporates elements of his previous productions, including vocals by Daddy Freddy, Congo Natty, Lee ‘Scratch’ Perry, Prince Far I and Andy Fairley.

Adrian Sherwood built up a vast catalogue of music through the 1980s as producer to the sprawling dub-industrial-electro collective that was On-U Sound, which emerged from a fertile post-punk scene that was embracing Jamaican rhythms. In his capacity as a DJ and live sound engineer/dub controller, he connected with the likes of The Clash, The Slits, Public Image Limited and The Pop Group. He also remixed, produced and collaborated with Primal Scream, Nine Inch Nails, Ministry, Depeche Mode, The Fall, Blur, Air, Peaking Lights, Django Django and Machinedrum.

Pinch has became revered as a dubstep stalwart, founder of the respected label Tectonic. He’s one of the earliest dubstep producers to expand outwards into techno and other sounds to keep his work and his Tectonic label fresh as dubstep itself went mainstream. One of Pinch’s most well-known tracks is “Qawwali”, which references the devotional singing of the same name and features samples of Nusrat Fateh Ali Khan. One of the first producers in the dubstep scene to release a fully realised album in Underwater Dancehall, he also made connections with an older tradition of heavy bass music by releasing an album by dub legend Scientist on Tectonic. More recently, he collaborated with man of the moment Mumdance to deliver a b2b mix full of dubplates and unheard material.

When their paths finally crossed, two limited edition 12” EPs – Bring Me Weed and Music Killer – followed, but it was being asked to deliver a live show for Sónar Tokyo in April 2013 that really put a rocket under the project. “We decided to have a whole studio on stage” says Adrian, “so that the mix truly is delivered live in a totally unique way that can never quite be done the same again”. The result was triumphant, with even master of noise abuse Alec Empire [Atari Teenage Riot] watching agog from the side of the stage and broadcasting to the world what a revelation it had been. We can’t wait to see what they’ve got for us. 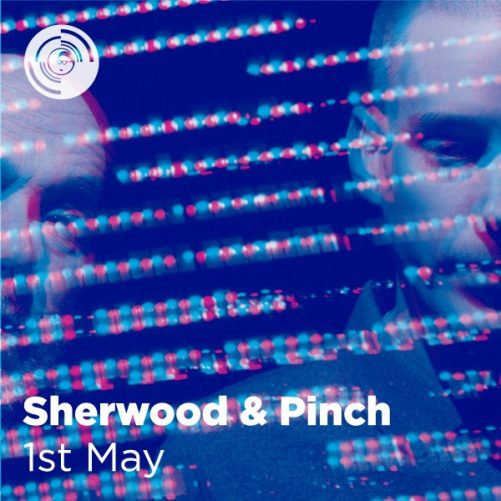