Sebastian Plano is an internationally acclaimed Argentinian composer, producer and musician, currently based in Berlin.

Described as “a composer in dialog with the whole of existing music that strives to create authentic new music”, Plano started playing the cello at age 7 and interpret his imagination into his own sounds at the age of 12. His approach to electronic music is intrinsically linked to years of chamber music and orchestra playing, in his records, Sebastian creates large ensemble pieces with acoustic instruments and electronics by himself achieving a genuine and unique sound in his music.

Born in Rosario, Argentina, Sebastian Plano was raised by parents who spent the last forty years performing in the city’s symphony orchestra: his father, like his sister, plays violin, while his mother is a violist. His grandfather, too, was a musician, a bandoneon maestro who led a popular local tango band. Plano, who began playing the cello at the age of seven, was already writing his own music by the time he was 12, and though he occasionally lost interest during the intervening years, his passion was re-awoken as he entered his teens. “I went to see Haydn’s Cello Concerto No.1 in C performed by my Mum and Dad’s orchestra,” he says. “Something happened to me during the second movement. The next morning, I got the score and started practising.”

It wasn’t long before a 13-year-old Plano found himself a soloist on the same stage, performing not only Haydn’s Cello Concerto but also Fauré’s Elegie. His parents scraped money together so he could study with the country’s finest teacher, and, for the next two years, he travelled to Buenos Aires and back – an eight-hour round trip – twice a month for an hour-long lesson. But though he would go on to receive full scholarships from some of the world’s most prestigious institutes – first the United World College of the Adriatic, outside Trieste, Italy, followed by the Boston Conservatory and, finally, the San Francisco Conservatory – Plano’s interests were never restricted to classical music. As a child, he would watch Carl Sagan’s Cosmos, and, noticing how bewitched he was by Vangelis’ soundtrack, his father acquiesced on his eighth birthday to his request for similar music, presenting him with a cassette of Vangelis’ Themes.

This collection opened up a whole new, electronic world, and, as he began commuting to his nation’s capital, he also started toying with music software. At first, though he enjoyed ‘remixing’ Mike Oldfield’s Tubular Bells in his bedroom after school, his experiments were largely limited to scholarly endeavours: his own formally composed pieces, printed out using a score-writing programme, Sibelius, before his family gathered the next day to rehearse them. But, as he continued to develop skills as a contemporary composer – with some success, not least the premiere of a piece at Rosario’s Opera House in 2008, when he was still in his mid 20s – he also immersed himself increasingly in more radical musical pursuits.

Plano’s first album, 2011’s Arrhythmical Part Of Hearts, drew heavily on the most recent of such pieces, and coincided with his realisation that classical music alone no longer fulfilled him artistically. Self-released while he lived in San Francisco, it provoked Plano to share his own electronically influenced instrumental music any way he could. “I started playing on the metro,” he laughs, “selling CDs, and soon I would play almost anywhere: house parties, art galleries, the park!” After a British blog ended up reviewing the record, he was contacted by German label Denovali, who wanted to release a follow-up. This idea might have been forgotten had Plano not reached out to Nils Frahm some months later, as he completed work on his second record, asking him to master it. Frahm not only admired his music enough to say yes to the unknown composer, but he also recommended Denovali. The label released the album in 2013, simultaneously reissuing his debut.

On April 19, 2013, outside the San Francisco recording studio where, that evening, Plano had completed recording the Novel EP – his collaboration with acclaimed cellist (and former Kronos Quartet member) Jeffrey Zeigler – his computer, and, with it, two hard drives, were stolen from his car. Also stored on the drives was Plano’s recently finished third album ‘Verve’. Crushed by its disappearance and in the search for a change, Sebastian decided to leave San Francisco and relocate to Berlin, but he didn’t move alone, he brought his beloved Yamaha CP-80 with him.

Soon he was spending every night until dawn playing, almost silently, his beloved piano at his Berlin-based studio and out of these marathon sessions, pieces began to emerge. Improvising by night, and editing by day, Plano crafted the most ambitious record of his career: Verve. The album was released by Mercury KX in 2019 to critical acclaim, with Britain’s Uncut magazine writing that “Plano plucks heartstrings as effectively as his cello strings”.

‘Plano plucks heartstrings as effective as his cello’s strings’ – UNCUT, 8/10

Special guest is Sebastian Reynolds – the Oxford-based producer, multi instrumentalist and composer. Sebastian is a lynchpin of the UK experimental/alternative music scene, having led cult ensembles Keyboard Choir and Braindead Collective. In addition to the Solo Collective collaboration, Sebastian continues to operate as a solo artist, and has completed commissions to create scores for two contemporary dance works – the Thai-inspired Mahajanaka Dance Drama and Puzzle Creature – in collaboration with contemporary dance company Neon Dance, known for their choreography/dance pieces which have featured scores by the likes of Ólafur Arnalds, Efterklang and Peter Broderick.

In 2016/17 Sebastian worked with German cellist/composer Anne Müller and violinist/producer Alex Stolze to release Solo Collective Part One, a ground-breaking record which featured two tracks from each artist, one taken from a live performance by the trio at Roter Salon (Berlin), and one a studio production by each artist. The format proved fruitful and the trio toured together in Germany and the UK. As a result of the touring and studio sessions during their time on the road together, the trio have put together a record of performances of compositions by Sebastian, released by Nonostar Records in June 2019 as Solo Collective Part Two.

‘Released on Stolze’s brilliant burgeoning Nonostar label, this latest volume can be seen as a showcase for three of the most interesting and talented artist-composer performers of the contemporary classical and experimental electronic music scenes in Europe’ – Monolith Cocktail

Main support comes from John Metcalfe. Producer and arranger to the likes of U2, Coldplay, Peter Gabriel and Blur, New Zealander John Metcalfe is one of the most sought after musicians in the business. In addition to collaborations with a huge range of artists from Morrissey to George Michael and his work in radio/tv he tours and records as violist with the renown classical Duke String Quartet. He was a member of cult band Durutti Column and, alongside Tony Wilson, launched the pioneering Factory Classical on Manchester’s legendary Factory label. He also performs and records with the Max Richter Ensemble.

Metcalfe’s gorgeous fourth solo album, The Appearance of Colour, (described as ‘effervescent, divinely beautiful’ by Clash magazine and ‘staggeringly beautiful’ by Mary Anne Hobbs on BBC 6 Music) beautifully unites the disparate strands of his kaleidoscopic musical world. Within the album are powerful rhythmic strings evoking the world of systems music, moments of transcendent solo piano, shimmering electronics and guitar, elements of drum and bass, and of chamber music.

This is an unreserved seated and limited standing show. Presented by Hey! Manchester. 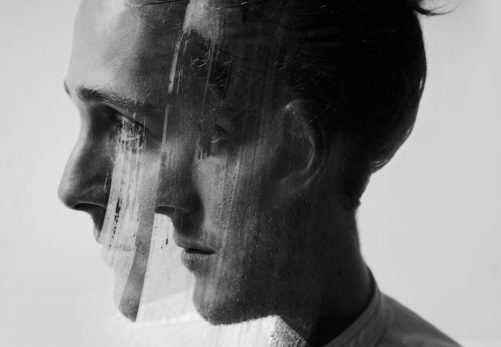