Robin Richards is a composer, multi-instrumentalist and the bass guitarist of the band Dutch Uncles. He has composed and arranged all the music across the band’s five studio albums to date (Dutch Uncles -2008, Cadenza – 2011, Out of Touch in the Wild – 2013, O Shudder – 2015, Big Balloon – 2017).

He studied under esteemed composer and conductor Joe Duddell at the University of Salford and graduated in 2011 with a first class honours degree in Music, specialising in composition.

Richards first solo project to be released was ‘Washington Trapeze’, an intricate chamber piece based on the most technically demanding form of circus acts. The piece was premiered at Festival Number 6, Portmeirion in September 2013.

In 2015, he was commissioned by HOME, Manchester to compose a new score for a silent film as part of their Film and Music Project, in collaboration with the RNCM. He produced a new soundtrack to the 1928 film ‘Lonesome’. Two sold out screenings of the film with live performance by a chamber ensemble took place at HOME as part of the cinema’s opening weekend.

The following year he collaborated with visual artist Clara Casian on ‘Birdsong – Stories from Pripyat’, a film and original live score project inspired by personal testimonies of those affected by the Chernobyl nuclear disaster. The project was supported by Arts Council England and screenings of the film with live score took place at HOME Manchester, Stockport Plaza and Birmingham Flatpack Film Festival.

In 2017, he took up the role of artist in residence at the Gefail Yr Ynys forge in Caernarfon, North Wales collaborating with sculptor and mixed-media artist Mike Murray. Three of the pieces he produced during the residency are featured on his debut solo EP with PRAH Recordings.

In 2019, he was commissioned by Brighter Sound to be musical director and composer for From The Crowd, an event commemorating the 200th anniversary of the Peterloo Massacre.

His work endeavours to achieve aesthetic and philosophical aims whilst taking inspiration from mathematical and natural processes. His musical influences include the work of Steve Reich, Igor Stravinsky and Kate Bush.

This is an unreserved mixed seated and standing show. Presented by Hey! Manchester. 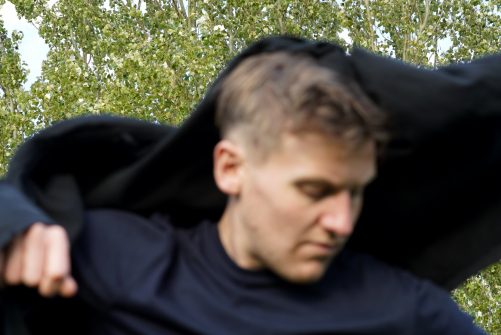