Polar Bear, the group led by drummer Sebastian Rochford, return to Band on the Wall with their fifth album. Polar Bear are all about evolution. Each album, each step from the London group feels separate, unique with new album ‘In Each And Every One’ representing another junction.

Continuing to experiment with electronics, Polar Bear are now mapping co-ordinates somewhere between the soundsystem and headphones, jazz and avant techno. Broad in scope and potent in spirit, their new music is at once more spacious and more intense than their previous work. The first new recordings by Polar Bear since 2010 consolidate a period of prolific and rewarding activity for Rochford which has informed the band’s new direction. Since the release of the acclaimed Peepers, he has been involved in numerous category-defying projects.

Band on the Wall is delighted to welcome Rochford and his maverick cohorts back for what promises to be another storming set. 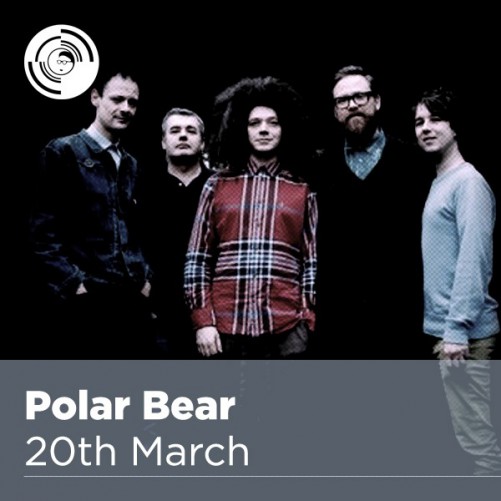