Pieces of a Man + Kike

Manchester based six-strong soul collective Pieces of a Man electronically manipulate and push the sonic boundaries of a conventional soul band. With an eclectic mix of raw instrumentation and real time self-sample manipulation the band create an immersive, textured sound, built with hiphop, funk, neo-soul soundscapes.

POAM’s inspiration and preferred company can be found in the artistry they’ve opened for; including Bilal, Cory Henry’s Funk Apostles, Jarrod Lawson and Omar. Appearances on BBC 6Music’s Live Lounge with Cerys Matthews, at Soundcrash’s Funk & Soul Weekender, Africa Oye, Threshold festival, Soul Rebels, Band On The Wall, Jazz Cafe and Glastonbury, with support from BBC Introducing also point to a band that is intent on further cementing and pushing the electro-soul revolution brewing up in the UK.

Now signed to TruThoughts with the release of their debut album, including performances from Amp Fiddler, Harleighblu and Misha B, and produced by legendary urban mastermind Zed Bias, Pieces of a Man have landed and they’re here to stay. 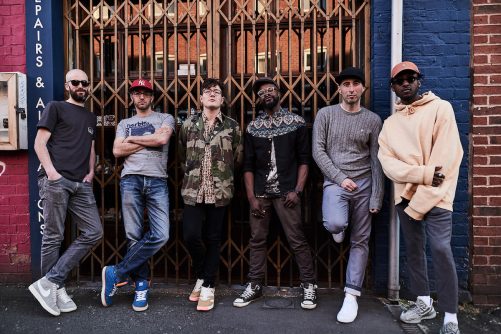