Winners of a Parliamentary Jazz Award 2010 and the accolade of Jazz Album of the Year from both Jazzwise and Mojo magazines for new CD Alive, Phronesis are now at the top of their game and one of most exciting piano trios currently playing in the world. Following their electrifying performance back in 2010, Band on the Wall welcomes them back for more.

‘the most exciting and imaginative piano trio since EST’ Jazzwise

Phronesis have the ability to excite, inspire and move people in a way that few bands are able to do. Their debut album Organic Warfare was released in November 2007 on Loop Records, and charted in the US iTunes ‘top 100 selling albums’ for two months. Since the release of their second album Green Delay in 2009, Phronesis, led by Danish double‐bassist Jasper Høiby, have captured the hearts and minds of British audiences and developed a fierce reputation as one of the most formidable trios in the UK.

“…the most electrifying experience to be had in British jazz.” Daily Telegraph

This event will begin at 8pm but our Picturehouse Cafe Bar is open for delicious food and drinks from 5.30pm 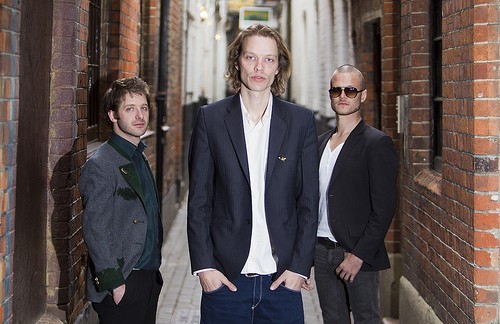