Troy “Pharoahe Monch” Jamerson is a near-universally loved and respected underground rapper. He released three extremely well-regarded albums with the duo Organized Konfusion in the 1990s, including the classic Stress: The Extinction Agenda.

Since the group’s demise, he’s released several fantastic albums’ worth of boom-bap beats, dense wordplay, political musings, military metaphors, and thoughts on the state of radio and today’s hip-hop.

His new album P.T.S.D (Post Traumatic Stress Disorder), tackles the issue of gun violence in America and expresses his frustration on the matter. With his powerful lyrical content and rhythmic flows and delivery, Pharoahe Monch has always been considered one of the top MCs in hip-hop.

Recent props came from phenomenally successful Eminem, who said ‘Pharoahe Monch is incredible, man. And he has been ahead of his time since he came out.’

Be sure to book tickets and enjoy an evening of real hip hop rarely witnessed in Manchester.

This concert will begin at 8pm but our Picturehouse Cafe Bar is open from 6:0pm for delicious food and drinks. 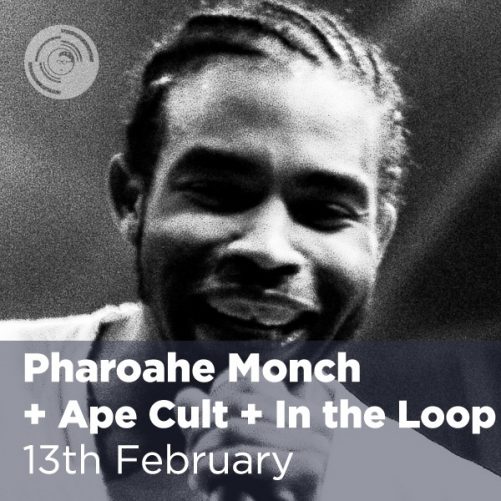