Oysterband from a different angle – by popular demand, Oysters 3 take to the road again! John Jones, Alan Prosser and Ian Telfer, the three founder members and creative heart of folk-rock legends Oysterband invite you to an evening of fresh acoustic performance and off-the-wall stories – an insight into their history, sometimes turbulent, often funny, with great songs from every era of a unique career.

As the group say themselves, “The very first time we did this, we more or less improvised the show. We were astonished when it went down a storm – and we wondered why on earth we’d never thought of doing it before!” 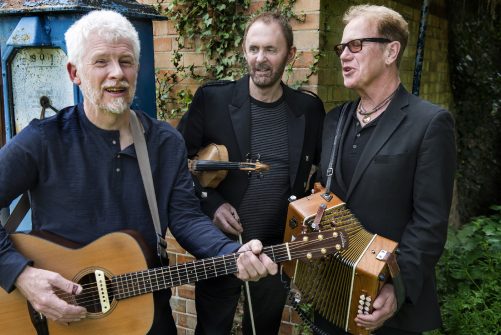