From coincidences that are barely explicable by conventional western thought or logic, to an array of events which include working with some of the world’s most famous artists, meetings with inspiring international icons and a host of personal memories/ anecdotes from a career that spans 30 years in the music industry, ‘India and Me’ is delivered through Sawhney’s unique prism, performance and perspective of music as a universal language.

As a multi-platform artist working across, film, theatre, TV, computer games and live band shows, Sawhney has produced and composed a dozen solo albums and scored over 50 films – his most recent, ‘Breathe’ featuring Andrew Garfield and Claire Foy, was the directorial debut for Andy Serkis. He is currently scoring ‘Jungle Book’, a Warner Bros blockbuster and again directed by Serkis. His last album ‘Dystopian Dream’ has been turned into a full-blown dance production co-produced with Sadler’s Wells and choreographed, directed and performed by dance duo WangRamirez. Already performed in Luxembourg to huge public and critical acclaim, the internationally co-commissioned show will tour extensively in 2018/19.

Presented by Band on the Wall and Root Music in association with Tara Arts. 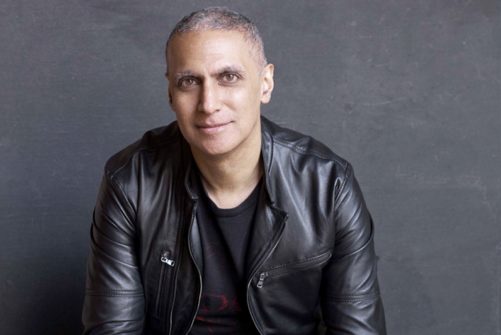