Free entry new music night at Band on the Wall featuring some of the best emerging bands from Manchester and beyond.

New Hips fuse the deconstructed rhythms and screeching melodies of Deerhoof with free jazz inspired rock guitar sections reminiscent of Acoustic Ladyland. Add to that mix a sublime and surprisingly soothing lead vocal and you have a band that really is carving their very own brand of math rock infused future pop.

Daniel will be performing alongside a Modern Painters bandmate, playing tracks from their forthcoming second LP that have never been performed before.

“Daniel Land & the Modern Painters make music that is slow and stately, soporific and somnolent, like a sonic cathedral moving majestically through the icy fjörds of the frozen north.” – The Guardian

This event starts at 8pm but our Picturehouse cafe bar will be open earlier for food and drinks. 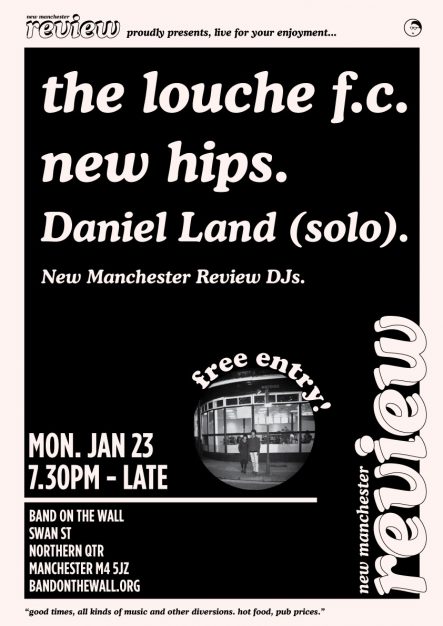