Band on the Wall continues its famous reggae nights featuring the world’s best reggae artists live with a very special appearance by the mighty Misty In Roots. Followed by one of our good vibe reggae parties into the early hours with DJ Prince Tony.

Ever since they were founded at the height of the 1970’s UK Reggae scene, Misty In Roots have been loved for their uncompromising mix of spiritual and militant Roots Reggae. This is a band that will always sing praises to Jah and chant down Babylon.

Misty in Roots began life as a Southall-based British roots reggae band in the early 1970s. Their first album was 1979’s Live at the Counter Eurovision, a record full of Biblical Rastafarian songs. This powerful, atmospheric live album is a classic and often considered the best live reggae album ever. It was championed by radio DJ John Peel, helping to bring roots reggae to a white audience. At this early stage, the band was a collective with five lead singers and various musicians, though by the time of the second album the band had slimmed down to just three members. Along with Steel Pulse and Aswad, Misty in Roots are one of the most popular English reggae bands of all time.

After a break from recording in the 1990s, they returned, releasing a new album in 2002 and continuing to play concerts to rapturous audiences across the world. Advance booking strongly recommended.

This event will begin at 9pm but our Picturehouse Cafe Bar is open much earlier for delicious food and drinks. 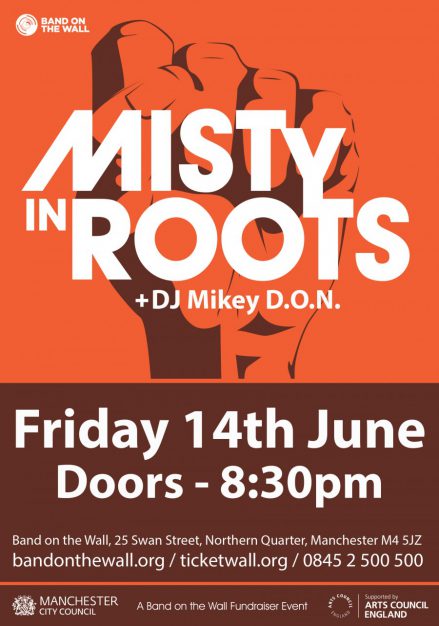