Mindful Marks is an immersive concert and workshop where the audience is invited to visually respond to the sounds they can hear in response to the music.

Akash Parekh is a rising star on the Indian classical music scene, representing ‘The Great British Gharana’. As a member of Tarang (The National Ensemble for Indian Music) and as a solo artist, Akash has performed in a number of prestigious venues and festivals; The Bridgewater Hall, St. Georges Hall and Festival Number 6 to name a few. Based in Leicester, his musical upbringing was initially in western classical and contemporary western music which adds to his innovative playing style. Under the guidance of renowned sitarists Ustad Dharambir Singh MBE, Roopa Panesar, Akash is fast becoming one of the finest British-born Sitar players.

Kousic Sen is a tabla player whose intense and energetic performances add a new dimension to the traditional concert experience. His rhythmic mastery has become known around the globe through his performances with leading musicians in many of the world’s most famous venues. Born into a musical family, Kousic is the proud representative of the Banaras Gharana and is one of the foremost tabla players of his generation. He has accompanied many notable musicians and dancers throughout India and is a regular participant in major music festivals around the world. He has toured extensively in USA, Canada, Europe and South and East Asia. Kousic has also collaborated with musicians from other traditions, working with Western, Cuban, Indonesian, Persian and Spanish musicians. 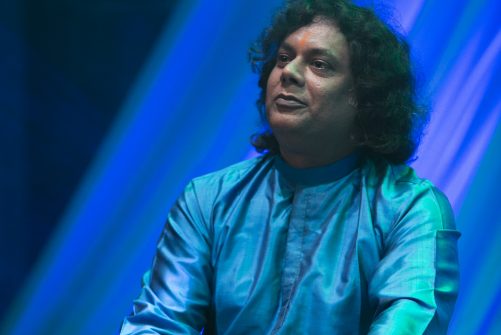