Singer-songwriter, comedian, author, poet, broadcaster and multi-instrumentalist Mike Harding was born in Manchester in 1944 into a working-class Irish-Catholic family. Throughout his early years Mike developed a love for music, playing in skiffle and rock bands in the 1960’s. He has fond memories of sharing the bill with The Beatles, Gerry and the Pacemakers, The Hollies, Wayne Fontana and the Mindbenders and the late Eric Spanner and the Rhythmaires.

Among his early musical influences, Mike lists Lonnie Donegan, Jesse Fuller and Lancashire folk-singer, the late Harry Boardman. Mike served his apprenticeship in the pubs and clubs of Great Britain and still joins in sessions in Manchester’s Irish pubs if he gets half a chance! In 1975 the record ‘The Rochdale Cowboy’ flung him from folk music into the mainstream of live entertainment with his own regular TV series and radio work that continues to this day. He also began a 20 year succession of concert tours with his unique mix of comedy and music, visiting virtually every major venue in the country as well as tours to Australia, Hong Kong and the Middle East. Over the same period he made over 20 albums which still notch up impressive sales to his legion of committed fans.

Mike’s recent publications include a new collection of his poems – his fourth – under the title: “Connemara Cantos” and “The VW Camper Van – A Biography”. He’s also written a new play, “Coming in on a Wing and a Prayer” inspired in part by the death of his father in a Lancaster bomber. 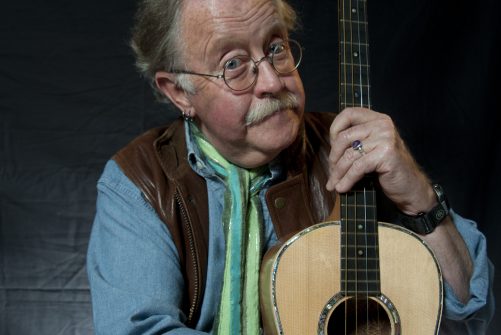