Cited as “one of the best vocalists in the UK” by BBC Introducing and supported by an all female backing vocal trio, string quartet and additional four piece band, soul powerhouse, Mica Millar launches “The Defender” at Band on the Wall on 4th April 2018.

The third release from the Manchester born artist boasts production contributions from the likes of Goldie (MBE) and James Davidson (together known as Subjective) and will be performed alongside exclusive unreleased material from her forthcoming album as well as previous releases “My Lover” and “Not The First” which saw tipped her on BBC Radio 2 as one of “BBC Introducing’s Artist to Watch in 2018” and win BBC Georgey Tonight’s prestigious “Artist of The Week”.

Mica’s previous powerful and emotive live performances have seen her sell out UK headline shows and perform at some of her hometowns most well renowned concert halls including The Lowry, The Contact Theatre and The 02 Ritz. Highlights during 2017 have also included headlining Festival Square at Manchester International Festival and an end of year performance with the BBC Philharmonic Orchestra live on BBC Radio.

“One of the best vocalists in the UK” – Natalie Eve Williams, BBC Introducing

“I’m blown away. It’s a privilege to expose artists with this level of talent” – Johnny L’anson, BBC Radio

“The term “The next big thing” gets bandied about a lot these days, but listen to the staggering vocals of Mica Millar and you’ll find yourself uttering just that.” – Manchester Evening News 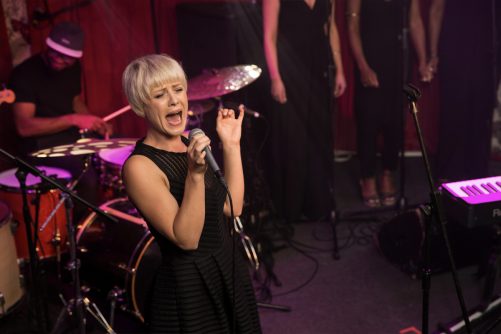