We’re thrilled to welcome reggae superstar Maxi Priest to Band on the Wall.

As a singer steeped in Jamaican music, yet raised in South London, Maxi Priest’s joyous brand of reggae and Lovers’ Rock, infused with RnB has brought him a level of success no other British reggae singer can match. He has earned his place among reggae greats such as Bob Marley, Jimmy Cliff, Toots & The Maytals and Dennis Brown in spreading the reggae gospel far and wide.

He was born out of a scene that flourished in London in the eighties, where reggae music and Lovers’ Rock became the soundtrack to people’s lives in the midst of violence and riots on the streets. He topped the Black Echoes charts with single “Should I” in 1985, before signing to Virgin records and releasing his debut album “You’re Safe” and playing in front of 25,000 people at the UK Reggae Sunsplash, during the height of the British Reggae scene.

Throughout his career he’s enjoyed continual chart success, recorded with Sly & Robbie in Jamaica and collaborated with Aswad. His 1990 single ‘Close to You’ reached no. 1 in the U.S., making him the only reggae to ever top the billboard chart. Having established an international fanbase across a 30 year career, he’s still recording and performing. His singing remains impressive as ever oand nw, Maxi is back with his first new studio album in 5 years titled Easy To Love. While Easy To Love is essentially an album of love songs, it closes with a track first recorded by Ras Michael and the Sons of Negus in the 1970s. Maxi’s version of ‘None A Jah Jah Children’ is strikingly original and intended as a blessing to see us safely on our way as we’re trasported to a Rasta groundation of Nyahbinghi – a gathering of the faithful where we receive affirmation that no matter the hardships, Jah Jah’s children will always triumph. 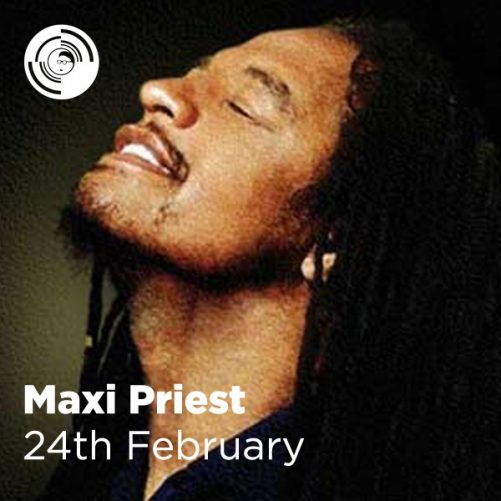