Manchester based, DJ, bandleader and trumpeter Matthew Halsall is one of the UK’s brightest talents. A gifted trumpeter with a beautiful, expressive tone, his music draws on his love of the transcendental, spiritual and modal jazz of Alice and John Coltrane and Pharoah Sanders, as well as the glories of ’60s British jazz. His previous albums ‘Sending My Love’ and ‘Colour Yes’ released on his own Gondwana label have won him a legion of fans across the world and acclaim from the likes of Gilles Peterson and Radio 3’s Late Junction, MOJO, BBC Music Magazine and even BBC 6 Music. His most recent album album ‘On the Go’ won best jazz album of the year at Gilles Peterson’s Worldwide Awards 2012.

Special guests tonight are Gogo Penguin. After their incredible performance at New Manchester Review in September and promoting the release of their debut album ‘Fanfares’ on Gondwana Records we’re delighted to add this incredible post EST manchester based piano trio to the bill. Gogo Penguin are one of the most exciting contempory instrumental groups working today, and during their relatively short career they have already drawn comparisons to the likes of E.S.T, Radiohead and Massive Attack. They have performed alongside living legends such as Jon Thorne (Lamb), Luke Flowers (The Cinematic Orchestra), Polar Bear and Acoustic Ladyland.

This event will begin at 8pm but our Picturehouse Cafe Bar is open from 8pm for delicious food and drinks. 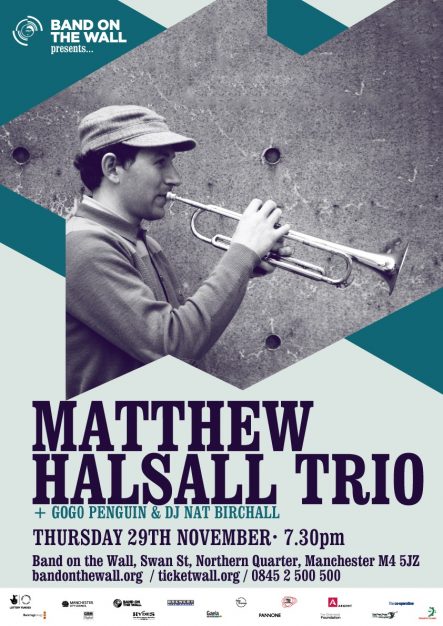