Mad Professor’s “live dub show” is a journey into on-stage manipulation of samplers, mixers and effects processors that create a dense, shifting collage of sounds and rhythms and other unidentifiable sonic objects that whiz around in a vortex of echoes.

A disciple of Lee “Scratch” Perry, Mad Professor was one of the leading producers in dub reggae’s second generation. With his high-profile collaborators, Mad Professor started to make a name for himself outside of the reggae community, and soon found himself in demand as a remixer for rock, R&B, and electronica acts. Over the course of the ’90s and into the new millennium, he would remix tracks by Sade, the Orb, the KLF, the Beastie Boys, Jamiroquai, Rancid, Depeche Mode, and Perry Farrell, among others. His best-known project was 1995′s No Protection, a completely reimagined version of trip-hop collective Massive Attack’s second album, Protection. 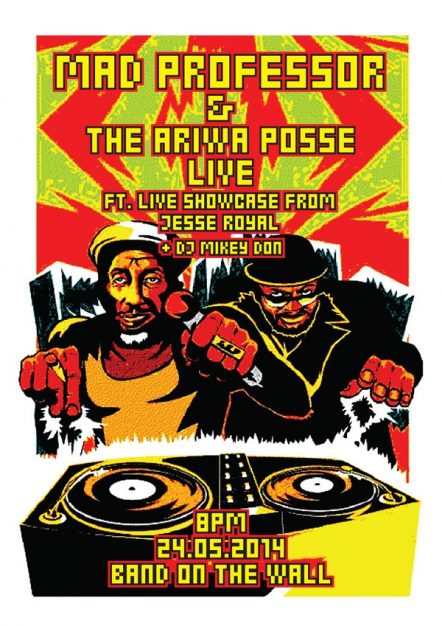