With September 2019 marking the 50th anniversary of The Beatles final studio album ‘Abbey Road’, London Astrobeat Orchestra return to pay tribute to seminal album in their own unique Wild West African way. Performing tracks like ‘Come Together’, ‘Octopus’s Garden’ and ‘Here Comes The Sun’ along with many more Beatles favourites.

The Fab Four’s style rock’n’roll evolved from the Blues created in the Southern states of the US, however the origins of this genre travel back to West Africa and predominantly to the Bambara ethnic group from Mali who made up the majority of slaves arriving in Louisiana and Mississippi.

’Abbey Road’ was No. 1 in the album charts for four months so 50 years on it’s time to take these sounds back home to their roots! 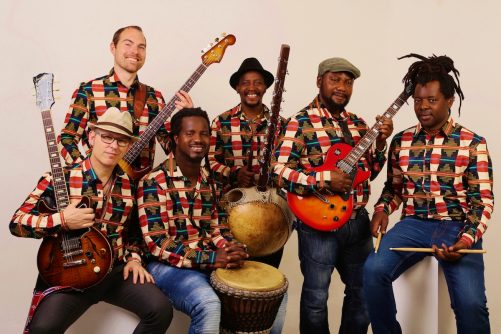