Lisapo – The Congolese Tales is a direct development of CAN’s Exodus Refugee Arts Programme and is the company’s first project that aims to create an oral histories record for the region’s archives. It is hoped that we will be able to build on this programme for the future, creating archiving projects with other refugee heritage groups that have settled in Greater Manchester in recent years.

Lisapo is focused on the narrative oral histories and cultural traditions of the Congolese community, which has been migrating to Britain since the late 1980s as a result of the destabilisation of the country and consequent civil war.

This is an ambitious & inspirational project that will bring together Congolese and other locally-based participants from a wide range of cultural heritages, culminating in a music narrative for modern audiences that will be performed at Band on the Wall. 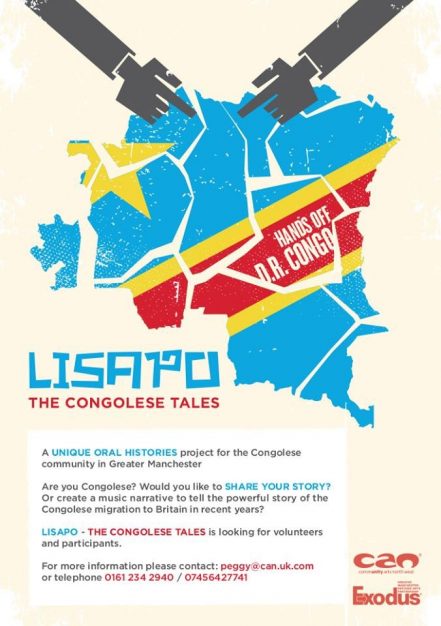