On their self-titled fourth album, La Luz launch themselves into a new realm of emotional intimacy for a collection of songs steeped in the mysteries of the natural world and the magic of human chemistry that has found manifestation in the musical ESP between guitarist and songwriter Shana Cleveland, bassist Lena Simon, and keyboardist Alice Sandahl.

To help shape La Luz, the band found a kindred spirit in producer Adrian Younge. Though primarily known for his work with hip-hop, soul, and jazz acts, Younge saw in La Luz a shared vision that transcended genre. “We both create music with the same attitude, and that’s what I love about them,” he says. “They are never afraid to be risky and their style is captivating. It was an honor to work with them.”

The result is an album that is both the most naturalistic and psychedelic of the band’s career. All the elements of classic La Luz are still present—the lush harmonies, the impeccable musicianship, the gorgeous melodies—but it’s a richer, earthier iteration, replete with inorganic sounds that mimic the surreality of nature—the humming of invisible bugs, the atmospheric sizzle of a hot day. After spending the last few years living in rural northern California, Cleveland’s lyrics have become more grounded, less interested in traveling to other dimensions than in peeking behind the curtain of this one.

La Luz shimmers into existence with a tender strumming of electric guitar on the ghostly “In the Country.” The record then charges ahead with the dynamic “The Pines,” propelled by Simon’s thunderous bassline and punctuated by eerie vibrating keys while Cleveland’s voice hovers high and sweet overhead—no reverb, no fooling. Sandahl leads the way with a soulful Hammond organ on the dreamy, funky “Watching Cartoons,” while the women’s voices weave in and around each other, coming together in a cascade of “ba ba ba ba’s” in the chorus. Later, the band cranks up the atmospherics on madcap stomper “Metal Man” with a frenzy of ultra-fuzzed out guitar, blaring galactic synths, and epic clanging bells. The record’s themes coalesce on breezy 70s folk-tinged pop song “I Won’t Hesitate,” an ode to finding intimacy in a weird world, and the languid ballad “Lazy Eyes and Dune,” which features lovely Mellotron work from Simon. La Luz is an album that celebrates love—of music, of friendship, of life in all its forms.

Support comes from Melenas. Melenas are a garage fuzz pop reverbcore group from Pamplona, Spain who will make fans of The Feelies, Stereolab and classic C86 jangle pop fall for their shimmering guitars, sweet melodies and driving rhythms. They also add a touch of sun-kissed, soft focus psych to their sound. Brilliant melodies, fresh bass lines, acid keys and a Lindy Morrison drum style are adorned with fuzz and phasers and surrounded with heavenly vocal harmonies.

After having toured their debut album worldwide with shows at Primavera Sound, SxSW (twice), Eurosonic, Benicassim and even the New York Fashion Week (where they performed at the Ulla Johnson runway), their second LP Días Raros was released in May 2020 via much-beloved Chicago imprint Trouble in Mind Records (Mikal Cronin, Jacco Gardner). In 2021 they won the MME Awards at the Eurosonic festival, a prize that has been previously won by Rosalia, Hinds, Fontaines DC or Dua Lipa. 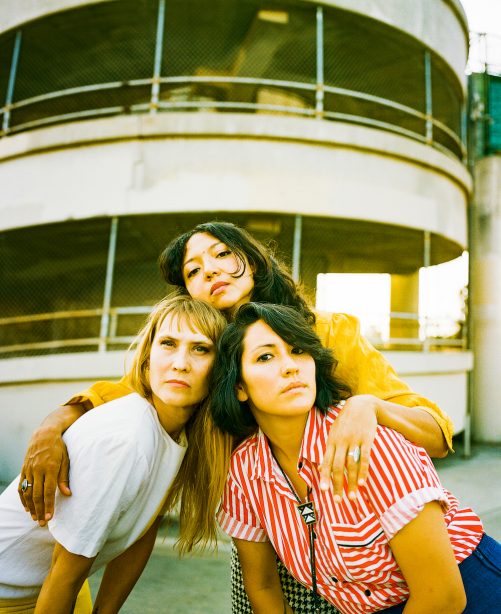