Jungle By Night are a nine-piece band, who were praised by Afrobeat legend Tony Allen for their progression of afrobeat, focus on the grooves of African and American music, be it afro-funk, hip hop, soul or rock. Having teamed up with African musicians like Ebo Taylor and Mulatu Astatke as well as modern innovators like Gaslamp Killer, the bands diversity and creativity cannot be underestimated. Having played live with many of these acts, and supported The Roots and Mayer Hawthorne they have shown their pedigree on the largest stages. 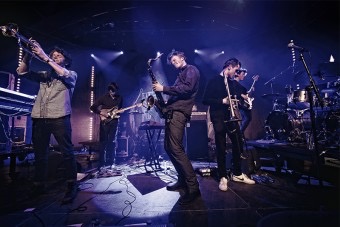