Jazz Afrika were an Afro-Latin jazz ensemble led by drummer and percussionist Julian Bahula. Originally from Pretoria, South Africa, Bahula migrated to the UK in the early seventies and formed his first group, Jabula, soon after arriving.

This was the second of two Jazz Afrika shows to take place at Band on the Wall in 1982. At the time, Bahula was playing with pianist Mervyn Africa, who would later play at the venue with his own projects.

The 2014 Strut records compilation Spirit of Malombo documents Bahula’s work, from his time in South Africa and the UK. 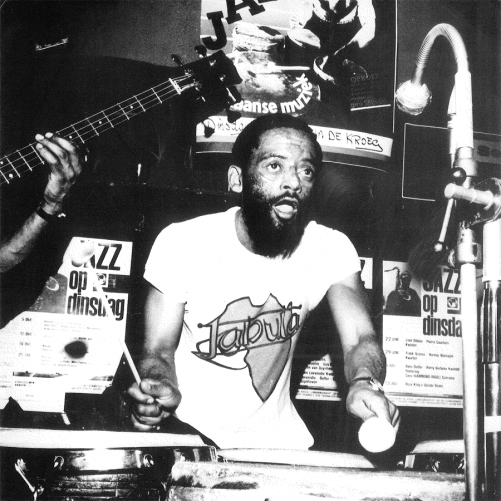