Jaliba Kuyateh is widely regarded as Gambia’s greatest modern master of the Kora – one of Africa’s most beautiful and complex instruments. With a wonderful sound – loosely resembling that of a harp – it features 21 strings (traditionally played with both hands in a style similar to flamenco and delta blues guitar techniques) – its joyous and hypnotic polyrhythmic sound is the signature of many West African musics.

Jaliba Kuyateh  was born in Niamina Dankunku Village in the Central River Region in 1957. As a son of the late great Kora Player  Kebba Sunkung Kuyateh, he learnt to play at a very early age. His mother Aja Bakoto Mbye also contributed immensely in the development of this great musician, while Jaliba’s Grandfather, Wandifeng Jali was considered the best Kora player of his time.  Performing here with the Kumerah Band, this is an unmissable night in the magical company of one of West Africa’s most admired artists.

This concert will begin at 7.30pm but our Picturehouse Cafe Bar is open from 5.30pm for delicious food and drinks. 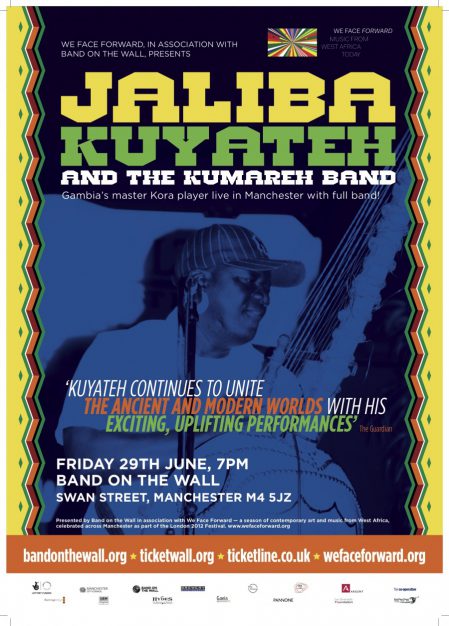