J.Chambers has quickly become a big name in the underground Manchester hip hop Scene, making waves with his energetic live shows. J’s spent the past 12 months in the studio, signed an artist development deal and smashed opening slots for the likes of Akala, Dead Prez and Oddisee. Now he returns with his new EP The Merchant of Manny, an autobiographical piece telling the story of a young man growing up in the city.

“The Merchant of Manny was inspired by Shakespeare’s Merchant of Venice. The pound of flesh concept stood out as I feel like within this industry artists are constantly expected to give more besides our music when we’re at the underground stage. We’re expected to give that proverbial pound of flesh for the ear of new listeners and for “bragging rights” or “hype”. Merchant of Manny explores various topics that face the average young person growing up in the city we explore the traps of growing up in working class areas, we explore consumerism, relationships and we explore loss. The Merchant of Manny really paints a well rounded image of having to grow up in an inner city environment.”

Expect a frenetic set from J, plus he’s bringing in the big guns, with three supports on the night.

DJ Man Like P is prevalent in the London underground urban music scene. Hosting Radar Radios The Art of Rap Show, which is a show which is centred on lyrical hiphop its tag line “No Bull Just Bars” Lets everyone know exactly what to expect when they tune in. Man like P is one of a handful of radio presenters dedicated to the promotion of lyrical and conscious UK hip hop.

JSD is a Producer and MC from hip hop and grime juggernauts Virus Syndicate. JSD is one of Manchester’s most prolific musicians. Having toured the world countless times playing shows from the USA to Russia and everywhere in between, JSD is your favourite rappers favourite rapper.

The Shady 80s are an up-and-coming live hip hop band from Manchester. With a love of all things funky, The Shady 80s have been rocking stages across Manchester since 2013, gaining a reputation for their high energy live shows, hard beats and eclectic sounds.

At 21 years old, alternative hip hop artist Dane is on a mission to rebrand Manchester as a musical force in the north by creating his own dark, atmopheric, yet minimalistic sound. Having recently made it onto the worldwide platform GRM Daily, Dane is gearing up for a string of new releases in anticipation of a forthcoming project this summer. 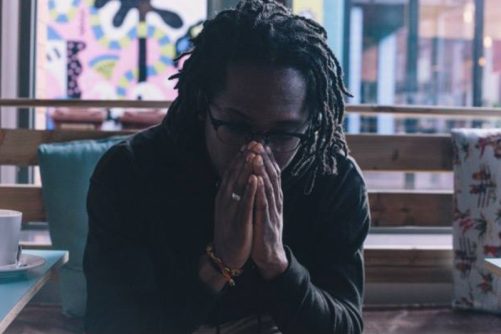