Sangy
Sangy is a talented wordsmith hailing from Manchester. His distinctive accent and rapping style have won him fans beyond the city and is further proof of Manchester’s insatiable ability to churn out exciting rappers. Check out his tune ‘No Biggie’ for evidence of his flow.

OneDa
OneDa is a female rapper from Manchester. Her melodic tones and skilful wordplay combined with her unique sound makes her far from your average rapper. She has been a part of the Manchester music scene for years, in female rap duo Bath inda belfry and has been championed by the likes of Huw Stephens and Alice Levine (BBC Radio 1), MistaJam and more recently DJ Target (BBC Radio 1Xtra).

July 7
July 7 is a Manchester based producer and artist who has produced for the likes of Travis Scott, T.I. and more and now makes waves with his unique style, evident on tracks ‘Pronto’ and ‘Talk To Me’. 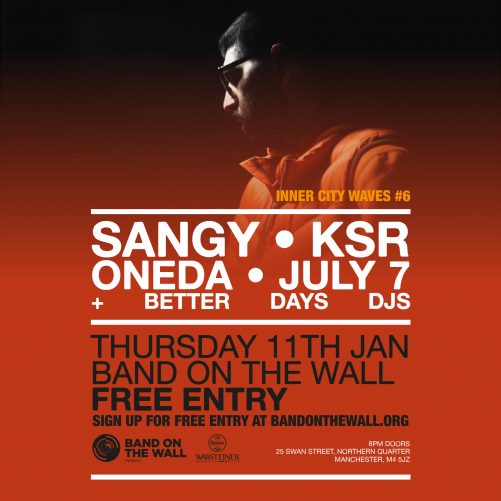