The enduring success of Incognito is one of the great stories of UK music during the last four decades, and we welcome the shining stars of acid jazz, soul and funk back to Band on the Wall for another night of dancefloor-friendly new material and choice cuts. Look at the recent history of soulful UK artists and you will find any number of short-lived acts that have achieved pop success. Narrow it down to those that have created a uniquely British sound and have endured as a global phenomenon on their own terms, and the list becomes short. Dues, then, to Jean-Paul “Bluey” Maunick and Incognito, who formed in 1979 and have been wowing audience around the world ever since.

Incognito’s breakthrough 1991 hit was a cover version of the Ronnie Laws tune Always There, featuring Jocelyn Brown, which made No. 6 in the UK. The group’s 1992 single, Don’t you worry ’bout a thing saw similar success, reaching No. 19 in the UK. They have been a favourite of various remixers, including Masters at Work, David Morales, Roger Sanchez and Jazzanova, and have released several albums consisting almost entirely of remixes. 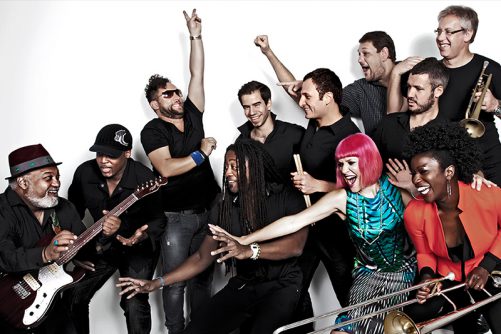