Band on the Wall presents what must be the reggae highlight of the year –  the first performance of a very special 2 night residency by the Jamaican roots reggae legend and Massive Attack collaborator Horace Andy with long-time band Dub Asante.

Possessing what must be one of reggae’s most beautiful voices, Horace Andy emerged as a major force in the 1970s when his collaborations with producer   Coxsone Dodd and, later, Bunny Lee resulted in a series of songs now considered classics including You Are My Angel, Skylarking, Just Say Who, Don’t Try To Use Me, You Are My Angel, Zion Gate, I’ve Got to Get Away and Something On My Mind. Later hits include the much-loved singles Government Land and Do You Love My Music and seminal album In The Light.

In 1990 his long-standing collaboration with Trip-Hop pioneers Massive Attack began which resulted in him contributing to all five of their albums – most notably with Angel on Mezzanine and Five Man Army on Blue Lines. Horace Andy continues to be one of reggae’s brightest voices and most loved stars so join us at The Band for what promises to be a wonderful night of blissful music. Followed by one of our famous reggae club nights featuring DJ Mikey Don (Unity FM) at the decks until 3am.

This event will begin at 9pm but our Picturehouse Cafe Bar is open for delicious food and drinks from 7pm. Special Offer! Book your meal in advance and get free ‘lucky dip’ tickets for a future concert – click here now for details 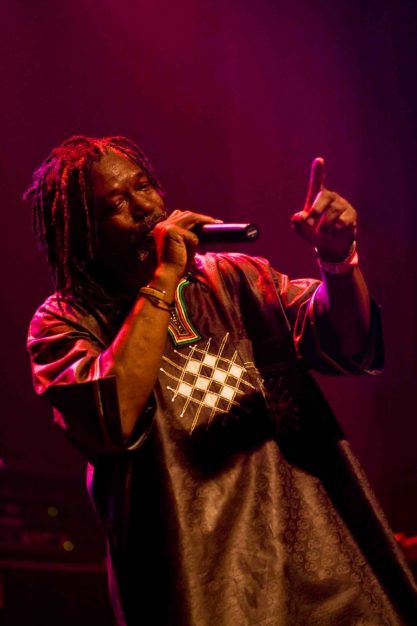