Possessing what must be one of reggae’s most beautiful voices, Horace Andy emerged as a major force in the 1970s when his collaborations with producer Coxsone Dodd and, later, Bunny Lee resulted in a series of songs now considered classics including You Are My Angel, Skylarking, Just Say Who, Don’t Try To Use Me, Zion Gate, I’ve Got to Get Away and Something On My Mind. Later hits include the much-loved singles Government Land and Do You Love My Music and seminal album In The Light.

In 1990, his long-standing collaboration with trip-hop pioneers Massive Attack began which resulted in him contributing to all five of their albums – most notably with Angel on Mezzanine and Five Man Army on Blue Lines. Horace Andy continues to be one of reggae’s brightest voices and most loved stars, and a real favourite of ours here at Band on the Wall. 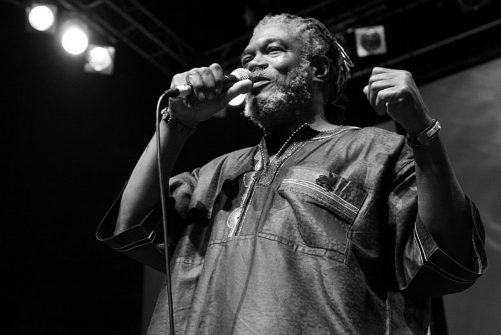