Making its second Manchester debut, Hishek Bishek takes its unparalleled club night of non-stop bass, mijwiz and beats to Band on the Wall. From cutting-edge releases to cheesy classics, killer Mahraganat tracks and hypnotic Dabke remixes from the Levant, catch a true glimpse into the sound that’s turning heads and moving feet.

On the decks:
– Resident DJ SuperMike from Haifa –
Best known for his seamless blends and nostalgia for the 90s, his sets will take you on a musical journey across the Arab world with a wide range of music including top of the chart Lebanese hits, Syrian Dabke, underground Rai and alternative grooves. 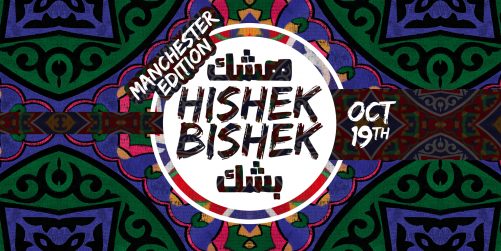