Band on the Wall presents the first of two concerts by the internationally-acclaimed, Grammy-nominated jazz and soul singer.

“Gregory Porter has most of what you want in a male jazz singer, and maybe a thing or two you didn’t know you wanted.”  New York Times

In the short fifteen months since Gregory Porter exploded onto the international music scene with his debut album, Water, he has racked up a continuing stream of accolades and awards. Porter’s Water garnered a Best Jazz Vocal  Grammy nomination (a rare feat for a debut recording), rocketed to #1 on both iTunes and Amazon in the UK and soared onto an international array of year-end ‘Best Of’ lists for 2010 in several genres, and established himself as a formidable international touring artist.

Porter’s ascending star is viewed most brightly here in the UK, where he has performed on Jamie Cullum’s BBC radio program, on Later… with Jools Holland,  as  a featured guest at the London Jazz Festival and as one of two special guests on Carole King’s  2011 BBC  holiday television special.  UK’s Jazz Wise magazine named Water the #1 Jazz Album of 2011 (the first time a vocal album has achieved this distinction.

“Gregory is the real deal and a revelation in terms of new male jazz singers, but I think that his voice coupled with his songwriting may be the thing that leaves most listeners with their mouths open. There have been many solid singer songwriters coming from under the jazz umbrella of the last 10 years that are mostly brimming with folk and country influences. Gregory is the first that I’m hearing that is squarely coming out of a real classic soul bag (i.e. Bill Withers, Curtis Mayfield, Donny Hathaway) as a songwriter, but with both feet firmly planted in jazz’s soil.”  Brian Bacchus

“The next great voice in Jazz.” L’Express

Now touring on the back of his acclaimed second album Be Good, Porter is a disarmingly sincere performer, with a groove that never quits, a voice of incredible virtuosity that’s been famously compared in its rich depth to Nat king Cole’s, we now invite you to this very special live concert at Band on the Wall with full backing band. 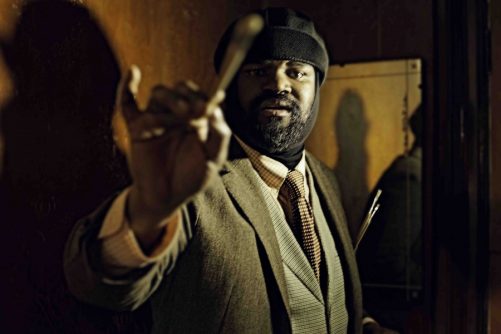