Guitar Legend and the next generation of keyboard wizardry join forces as Gordon Giltrap and keyboardist Oliver Wakeman (fresh from 4 years of touring with the classic progressive rock band Yes) perform together for the first UK leg of their On The Road With Raven’s tour.

One of the most innovative acoustic guitarists in the UK today, Gordon Giltrap has developed his own unique style, much copied, but never bettered. It is impossible not to be awestruck as he coaxes incredible melodies from his instruments; you almost suspect a second pair of hands. He is well known for his varied musical output and Heartsong (a hit single from the album Perilous Journey in 1977) is instantly recognisable as the theme for the BBC TV’s long running Holiday programme.

Following ten solo albums in a variety of styles, Oliver Wakeman joined the legendary band ‘YES’ in 2008, touring with them up until 2011. A live CD and triple vinyl release, In The Present – Live from Lyon, was a fitting bookend to his period in the band. He has also worked with the folk rock band The Strawbs. He appeared on their last studio album as well as their 40th Anniversary CD release. Appearing in venues across North and South America, Europe and the UK with YES, Strawbs and as a solo artist, he has become a well respected live performing musician to add to his other talents as composer, songwriter, lyricist, arranger and producer.

These shows will be the first public performances of a selection of pieces from the forthcoming album as well as new arrangements of classic material from both of their retrospective careers.With their collective histories and talents to draw inspiration from, be prepared for an evening of beautiful compositions, wit and charm from these two virtuosos.

This event will begin at 8pm but our Picturehouse Cafe Bar is open from 5.30pm for delicious food and drinks. 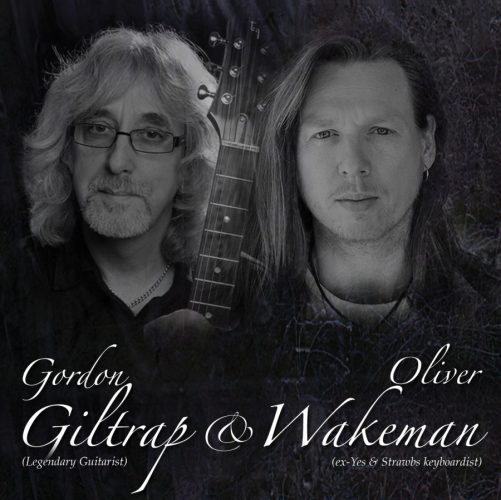