More expansive and ambitious than ever before, Gengahr are a band reborn. A testament to going it alone, Sanctuary is the experimental North London alt-pop four-piece’s finest body of work to date, a DIY triumph which welcomes old friend Jack Steadman of Bombay Bicycle Club as producer, adding his distinct brand of symphonic sparkle to Gengahr’s complex, layered sound.

Born of an epic journey, the follow-up to their acclaimed 2015 debut A Dream Outside and 2018’s Where Wildness Grows sees songwriter Felix Bushe tapping into personal pain but coming out fighting. “I was picturing myself as Odysseus in this captive journey where I was just trying to get back to where I wanted to be in life,” he explains. After the release of the band’s second album things weren’t easy. Not only did he have to face the sudden passing of his mother, but then the woman who had become his rock returned home to Australia as her visa had run out. “My girlfriend had stopped me from going completely off the rails – then I suddenly found myself basically just on my own.” It was hard going, but Felix channelled his pain into more than 60 new songs. Yet at this stage he wasn’t sure where, what or even who this material was for. “I wrote a lot of that stuff thinking it would be a solo album,” reveals Felix, who, alongside bandmates John Victor, Hugh Schulte and Danny Ward, had no idea if Gengahr were going to get back in the studio. “I didn’t know what the other guys would want to do because the experience of the last album was quite rocky and turbulent.”

Of course it was impossible for any of them to say no to the prospect of doing it all again and while collaborating on the new tracks decided they were down to try something a bit different… Recorded without a label or management and with Gengahr paying for the sessions out of their own pocket, Sanctuary recaptures the magic that the four guys felt back when they were making their debut. It’s vibrant, intoxicating, intimate and alive; the product of friends having a good time and seizing control of their own destiny. As such, it’s also way more banging than anything that has gone before.

This is a standing show. Presented by Now Wave. 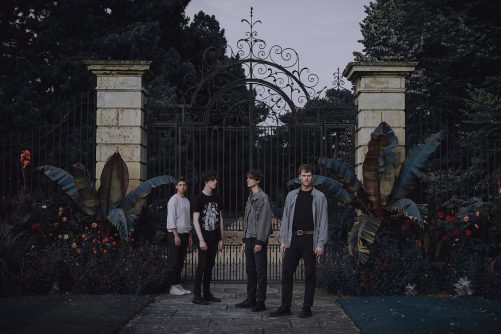