With their unique brand of progressive rock, Focus manifested themselves at the start of the ’70s as the most successful and appreciated of all the Dutch pop-rock exports. Fronted by founding member Thijs Van Leer, and best known for their hits “Hocus Pocus”, “House of The King” and “Sylvia”, as well as critically acclaimed albums ‘Moving Waves’, ‘Focus 3’ and ‘Hamburger Concerto’, the iconic Dutch music masters head back to perform their classic hits plus work from their eleventh album.

The current members of Focus are Thijs van Leer, Pierre van der Linden, Menno Gootjes and Udo Pannekeet and they are pleased to announce the worldwide release of the new studio album, Focus 11.

This is the band’s first new studio album in just over 6 years and forms part of the build up to the band’s forthcoming 50th Anniversary. 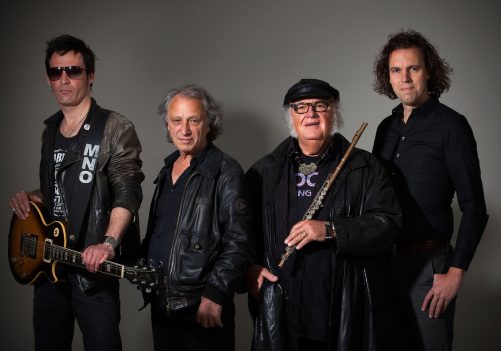