“Superb musicans at the top of their game” (BBC)
“A captivating sense of lyricism, something of a lost art” (Jazzwise)

Espen Eriksen Trio was formed in 2007 and has released four critically acclaimed records on the Norwegian label Rune Grammofon. The trio’s music relies on highly melodic and lyrical instrumentals and a “less is more” approach and is often credited for its unique voice within today’s jazz scene by the international press. To quote BBC in their review of the trio’s second album “A wonderfully plaintive jazz record, abandoned to the lost art of melodic minimalism, stripped back and beautifully near bare. No smoke and mirrors, just the graceful chemistry of superb musicians at the top of their game”.

For the last couple years the trio has been working with the British saxophone star Andy Sheppard, resulting in multiple tours and the record “Perfectly Unhappy”, released in 2018. Their concerts have been broadcasted by BBC, Westdeutscher Rundfunk and Lithuanian national TV.

After extensive touring worldwide, Espen Eriksen Trio comes through as a tight unity with a dazzling use of dynamics, ranging from melancholic moods to hypnotic grooves.

This is an unreserved seated show. 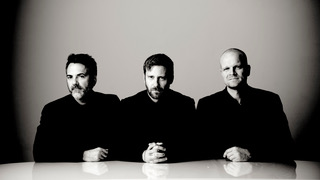