The new repertoire features such unlikely classics as ‘Victoria Bridge on a Saturday Night’ and ‘A New Song on the Great Demonstration, which is to be made on Kersal Moor September 24th, 1838’, and give remarkable insights into the lives of our those living through a time of great change almost 200 years ago. Not surprisingly, many of the themes are still relevant today with songs of love, loss, poverty and political rights featuring heavily, but in the hands of Edward II, these have been turned into an uplifting celebration of the working people who really forged Manchester and transformed Britain into an Industrial powerhouse.

Jennifer Reid is a performer of 19thC Industrial Revolution broadside ballads and Lancashire dialect work song. After volunteering at Chetham’s Library and the Working Class Movement Library, Jennifer completed an Advanced Diploma in Local History at Oxford University. Jennifer’s work now takes her to Bangladesh, where she is testing the idea that the Industrial Revolution never stopped, it just moved to Dhaka. In April 2018, Jennifer spoke at the first ethnomusicography conference on the Indian sub-continent about her research into Bangladeshi and Mancunian weaving songs.

Poppycock was formed by Una Baines of The Fall, Blue Orchids and latterly The Fates, in 2012.  Working from Una’s substantial back-catalogue of songs (both released und unreleased) Poppycock began initially as a floating collective of musicians, and now features: 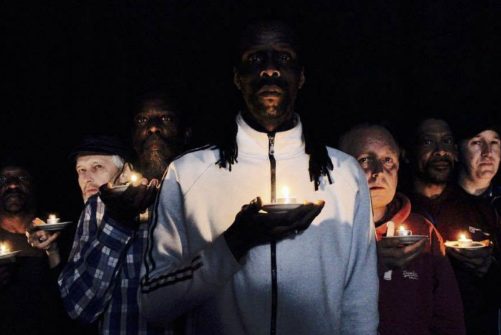