“Johnny Kalsi is one of the most reliable journeymen of British world music, his thunderous double-headed dhol drumming bringing a syncopated swing to everyone from Transglobal Underground to the Afro-Celt Sound System.” — Financial Times

The Dhol Foundation perform at Band on the Wall in celebration of their new studio album, ‘Basant’.

There are few people as synonymous with their instrument as Kalsi is with the Punjabi double-sided barrel drum, the dhol – the instrument that lends bhangra music its distinctive sound.

Johnny Kalsi is well-known for his work with Afro Celt Sound System as a core member, plus The Imagined Village and numerous solo artists (Peter Gabriel, Khaled, Nusrat Fateh Ali Khan, Avril Lavigne to name a few) but it is with The Dhol Foundation that he lets loose his creative side. This could be called Kalsi’s solo work but ‘Basant’ is full of collaborations and the result is glorious and uplifting.

The album embraces traditional Punjabi and Western music, united by the rhythms of the dhol and the tabla and each track has a story, as Kalsi puts it: “they’re all different flavours, they all sound different, they taste different, they look different when you close your eyes. And I love that!”

Born in Leeds and raised in London as a Sikh, songs and music were part of Johnny Kalsi’s daily life. At seven he started to learn the tabla, progressing at 14 to the dhol and joining a local bhangra band, Alaap. In the 1990s he was part of Fun-Da-Mental and Transglobal Underground before going on to work with Afro Celt Sound System and The Imagined Village.

Kalsi created The Dhol Foundation in 1990 as both a school for children to learn the instrument and as a touring and recording band – an ever fluctuating group featuring 30 drummers creating a wall of drumming noise. The group have released four albums and have performed on some of the world’s biggest stages – the Olympics Closing Ceremony in 2012, the Royal Variety Performance and the Queen’s Diamond Jubilee celebrations. 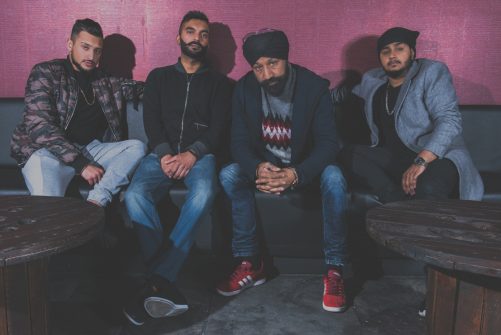