McAlmont & Webb with the Copasetics: The ‘Last Bohemians’ Tour

TICKETS ON SALE 9AM 5TH FEB.

Singer and songwriter David McAlmont, best-known for his collaborations with ex-Suede guitarist Bernard Butler, has long had an interest in jazz, performing at a John Coltrane tribute concert at the Barbican and in 2004 releasing Set One: You Go To My Head, a selection of Cassandra Wilson and Betty Carter-inspired standards. He has also recorded with Courtney Pine, Michael Nyman and David Arnold. In 2016 he recorded the Alex Webb composition Me And My Crazy Ideas for the album Call Me Lucky by Alex Webb and the Copasetics; The Last Bohemians is his first album a leader in a decade.

Alex Webb is a songwriter, arranger and piano player; his songs have been recorded by jazz vocalists Liane Carroll, China Moses, Alexia Gardner, Mina Agossi and Alexander Stewart, among others. He has created a number of words-and-music productions, including the jazz history shows ‘Lush Life’ (about composer/arranger Billy Strayhorn), ‘Charlie Parker on Dial’ and ‘Cafe Society Swing’ (which has enjoyed three theatre runs in London and one in New York, where it was awarded the New York Times ‘Critic’s Pick’); he recently premiered a musical about Lena Horne, ‘Stormy’ written with writer/actress Camilla Beeput. He is currently touring with saxophonist Tony Kofi in a celebration of Cannonball Addereley’s music, ‘A Portrait of Cannonball’.

Press reaction to The Last Bohemians:

‘McAlmont is a swinger at heart … effortless authority, seductive and sassy’ – Mojo (****)

‘McAlmont’s voice is a thing of unique beauty, and his imaginative grasp of the music, coupled with the fine songwriting and engaging arrangements, make The Last Bohemians an unqualified success’ – Jazzwise (****)

‘He really has got the chops. The voice is light but elastic … an artist with soul’ – The Sunday Times
‘Imaginative covers and plenty of original material … the set never fails to intrigue and engage’ – Soul Jazz & Funk

‘These enchanting tunes have a fine bittersweet sentiment, a cry, a lament… achingly beautiful’ – Blues & Soul 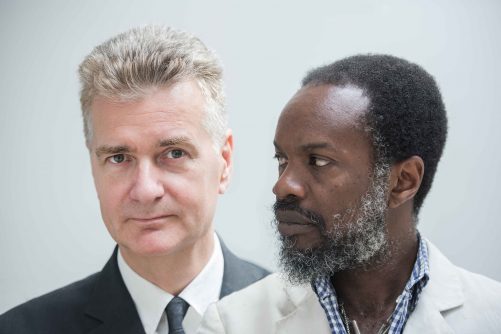