Curved Air originally formed in 1969, a ground-breaking progressive art-rock band known for a unique and powerful combination of a remarkable female vocalist and virtuoso musicians.

“With a real band attitude and a zest for life; this is a band you want to see live for the sheer artistry of how to deliver the musical goods.” Lee Dorian, Classic Rock

Reformed in 2008 after a sabbatical of 18 years, Curved Air’s concert and festival appearances in the UK, Japan, Italy, Malta, Germany, Portugal, Holland and Belgium continue to thrill a steadily increasing mass of new and old fans. Their experimental blends of classical themes, electronic sounds and pop/rock energy and beautiful, timeless songs are performed with fire and passion and tremendous musicianship.

The band, is still fronted by Sonja Kristina, who topped the British Music Female Vocalist polls throughout the ’70s. She has been the constant flame, leading Curved Air through the decades.

“Guitarist Kit Morgan…moves through figures, shapes and techniques with deceptive ease…violinist Paul Sax pulling sounds from his instrument like a mad scientist…there’s no denying they remain formidable live!” (Prog Magazine)

“The whole group of assembled musicians are perfectly qualified to recreate the band’s uniqueness authentically… Catch them while you can”. (Classic Rock) 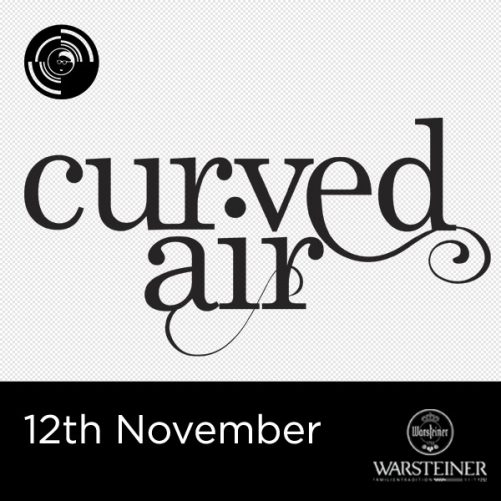