Since it’s Christmas and we’re feeling generous, we’re giving away a free mug of mulled wine and slice of pizza to the first 50 people through the door! Doors open at 9pm, so be sure to get there early! 🍻

King Bee is a seven piece funk band from Newcastle upon Tyne, formed in 2011.The outfit have been busy supporting the likes of Roy Ayers and Lonnie Liston Smith as well as being featured extensively on Craig Charles Funk and Soul Show’ and BBC Radio 6 Music.

They also recently performed at the Mostly Jazz Funk and Soul Festival with Omar, St
Paul and the Broken Bones, Lee Fields and Craig himself!

King Bee are currently working on their second studio album, due to land next year. 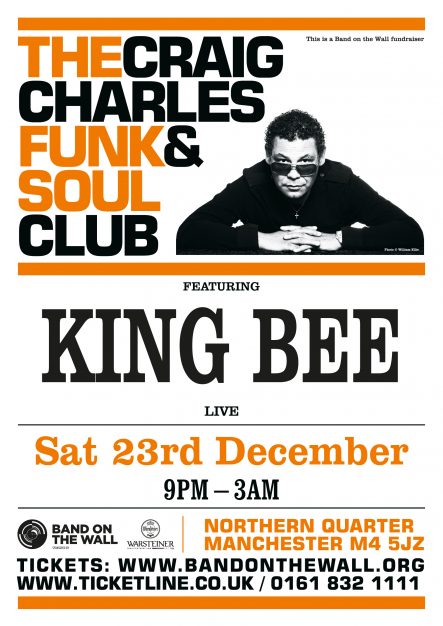