We’re taking the flavoursome funk far into the night as the Craig Charles Funk & Soul Club returns to Band on the Wall with acclaimed DJ, actor, presenter and funkster about town Craig Charles manning the decks, plus special guests Lack of Afro performing live with a full band!

Multi-instrumentalist, composer, producer and DJ, Adam Gibbons (aka Lack of Afro) is one of the most talented and prolific artists in the world of alternative dance music today.

Described as ‘having a knack for finding great vocal collaborations’, the bar has been raised again here! Featuring a stellar cast of guest vocalists including Grammy-award winner Joss Stone, steam-punk legend Professor Elemental & arguably the most talented young soul singer in the UK today in Elliott Cole, his latest album ‘Hello Baby’ is a genre-bending colossus of an album that is packed full of Adam’s trademark multi-instrumental goodness, heavy drums, percussion-packed production, and ear for a good tune.

Away from the studio, Adam’s music has been much in demand in TV, Film and Advertising, with directors including Steven Soderbergh and companies including Disney, HBO, Sony Pictures, Adidas & Miller Lite all using the Lack of Afro sound for successful projects and campaigns. More recently Lack of Afro tracks have been featured on compilations from Universal and Sony Music.

Officially Manchester’s Best Clubnight, as voted for by the public! (CityLife Awards 2018) 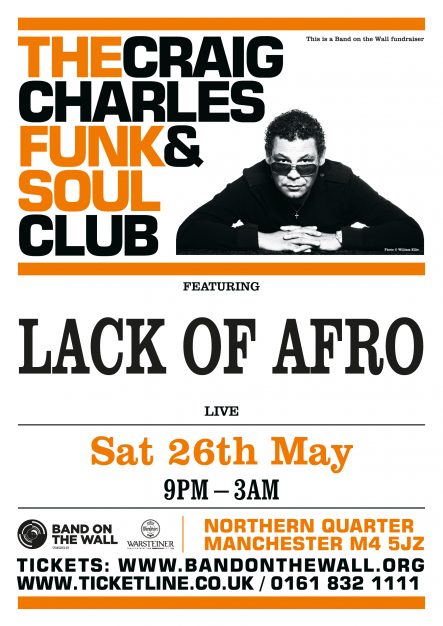