100 TICKETS NOW ONLY AVAILABLE ON THE DOOR ON THE NIGHT. GET DOWN EARLY!

The Funk ‘n’ Soul Show goes live featuring a full live set by the band that the entire planet grooved to at the 2012 Olympics – the sensational Hackney Colliery Band – plus DJ, actor and funkster Craig Charles manning the decks until 3am.

Early Bird tickets available for this event. The earlier you buy, the more you save!

“This is the most enjoyable, fun music that I know of” The Observer

Formed in 2008 out of a desire to play music that appealed to the feet as much as to the ears, the Hackney Colliery Band is east London’s unique take on the brass band.

Featuring trumpets, trombones, saxes, sousaphone and marching percussion, the band are totally acoustic and yet able to blow the roof off any room.

This breadth of musical talent is clearly on display in their eclectic repertoire. Mining nuggets of funk, hip-hop and high-octane rock from the musical coalface and throwing in a few chunks of Balkan brass, ska and contemporary jazz for good measure, the Hackney Colliery Band’s setlist is as diverse as the London borough that gave them their name.

Add the fact that the band stays true to its roots by bringing the tradition of mobile marching bands firmly into the 21st Century and you know that every gig’s sure to be unique. Whether playing to a global audience of hundreds of millions at the Closing Ceremony of the London 2012 Olympics or to a few hundred in a club,though, you can be certain of one thing: this is high-energy, good-time music that’ll make you want move your feet.

“On stage, they present one of the coolest ensemble band images you’ve ever seen: casual, jokey and calm, sipping on beers in their breaks, which are rare in an absolutely packed set. They appear supremely confident and cool, you can’t help but be drawn along by their hypnotic trumpet blasts and the increasingly excitable crowd…the boys from Hackney especially cementing themselves as one of our favourite performers on the London scene today.” The Upcoming, September 2012

“This is the most enjoyable, fun music that I know of”
Observer, August 2011 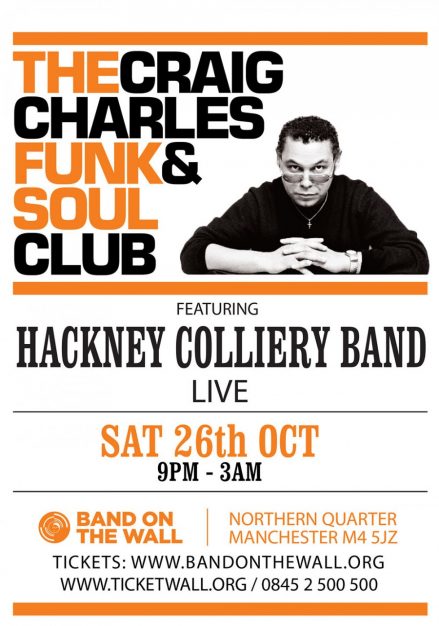