ADVANCE TICKETS SOLD OUT. 50 TICKETS AVAILABLE FROM THE BOX OFFICE  AT 9PM ON THE NIGHT.

We’re taking the flavoursome funk far into the night as the Funk ‘N’ Soul Show goes live featuring a full live set by the 7-piece Federation of the Disco Pimp followed by presenter, DJ, acclaimed actor and funkster about town Craig Charles manning the decks ’till 3am.

Federation of the Disco Pimp

Providing unstoppable grooves since 2005, Federation of the Disco Pimp are one of the hottest funk bands out there and feature seven of the finest musicians in Scotland. Combining elements of Old-School Funk, Disco, Psychedelic and Jazz, this 7-piece  are renowned for their endless energy and blistering live sets. Featuring: 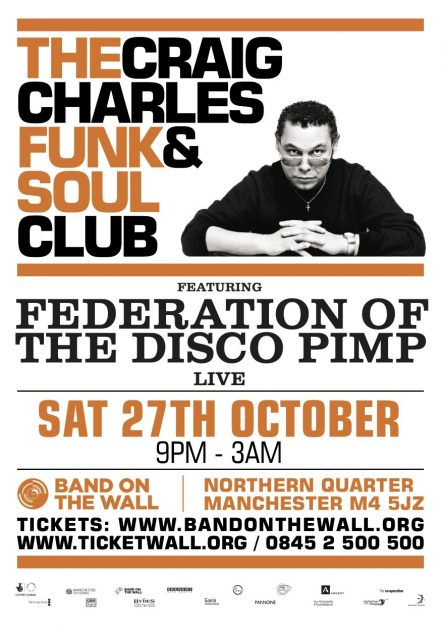