The Craig Charles Funk and Soul Club returns with the fabulous Renegade Brass Band live plus presenter, DJ, actor and funkster Craig Charles manning the decks ’till the early hours with the planet’s funkiest tunes.

“Of all the current crop of UK brass bands, these guys are right up there!”
Craig Charles

“Astounding … these guys take it to another level” Counterfeit Magazine

They’re currently recording new original material, to be released in 2013, as well as collaborating on live projects with artists such as Rodney P, Diesler and The Herbaliser, and releasing recordinbgs through labels including Tru Thoughts, Record Kicks and The Herbaliser’s own label, Department H.

All followed by Craig Charles on the decks for a late night funk party!

Please note this event is strictly over 18s only

Limited number of Early Bird tickets for just £13. Grab them while you can! 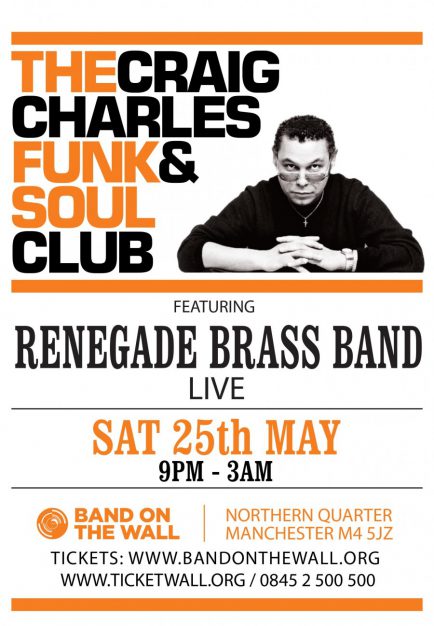