Advance tickets sold out. Limited number of tickets available on the door priced at £19 each.

Speedometer began in 1998, and from the off were playing straight up funk. The early gigs were small, playing Meters covers and Meters-inspired originals (hence the name) but as the attention grew, so did the band, from a quartet up to the 10-piece outfit seen today. On the way, there have been countless singles, a load of albums, collaborations with some of legendary names in soul and funk, and loads of great gigs.

The first Speedometer 45, “Soul Safari”/”Two Beat Beast”, was one of the earliest releases on the infamous Soul Fire label. Opting for a more ‘home-grown’ approach to recorded output, a number of further releases were made on the Norwich-based Kennel Klub label. The first two studio LPs, This is Speedometer vols 1 and 2, were released on the Blow it Hard label, in 2003 and 2005, respectively. Tours to Japan have given the group an international following, and inspired new material. With a new album fast approaching, they’re showing no signs of slowing down. 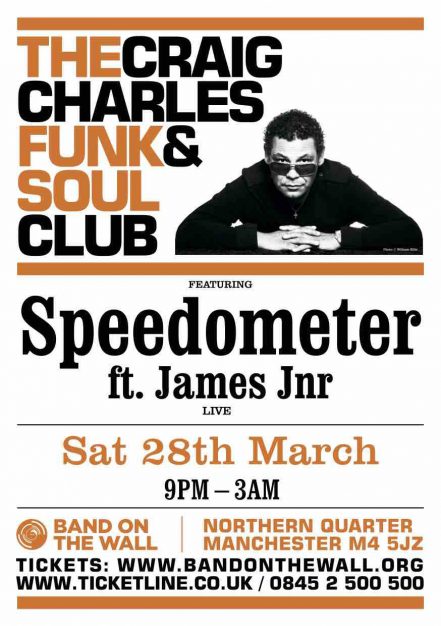