A bank holiday weekend celebration of flavoursome funk as the Funk ’n’ Soul Show goes live with presenter, DJ, acclaimed actor and funkster about town Craig Charles manning the decks ‘till 2am. Time to find your dancing shoes, get with the mothership connection and join in the party!

This month Craig presents a live showcase from Myles Sanko “One of the freshest talents in the UK, he truly has an outstanding voice” Craig Charles

Myles Sanko released his debut EP record album, titled, “Born in Black & White,” to broad critical and fan acclaim in 2013. The album consists of seven original funk and soul tracks written and performed by Myles, himself. The record is composed and played in the style of soul greats such as Bill Withers, Otis Redding, Al Green and James Brown, all of whom Myles names openly and proudly as his main musical influences. A stop-to-finish work of deep grooves and jazzy musical perfection, “Born in Black & White” is certain to be the first in a long line of remarkable and wonderful solo releases from Myles to come. 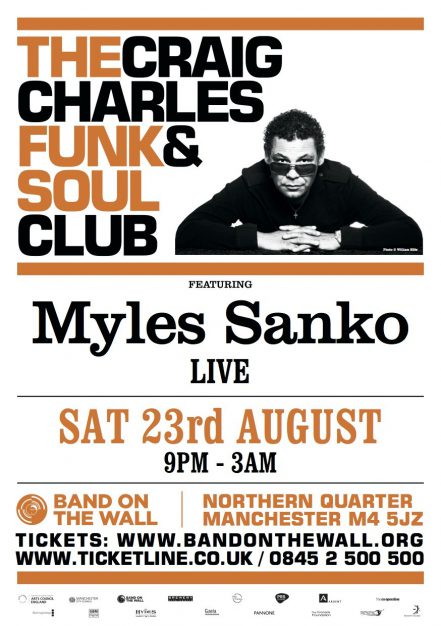