The Mouse Outfit is a 10-piece band based in Manchester. They have gigged relentlessly around the UK over the last 2 years,supporting many of their influences including – Chali 2na (Jurassic 5), Youngblood Brass Band, Akil the MC (Jurassic 5), Souls of Mischief, The Sugarhill Gang, Gift of Gab (Blackalicious), DJ Format, The Nextmen, 6ix Toys, Louis Logic, The Craig Charles Funk and Soul Show, DJ Vadim, The Herbaliser, Fabio (Radio 1).

In 2011 the band began performing and recording with UK hip hop legend Dr Syntax.
Having cut his teeth on tracks with Foreign Beggar’s on their debut album ‘Asylum Speakers’, Doc Synners soon gained a reputation as one of the UK’s most talented wordsmiths and charismatic performers.

With their blistering live shows getting dancefloors around the UK jumping wherever they play,  expect this to be a corker of a night. Followed by actor, DJ and man with the funk Craig Charles at the decks into the early Yuletide hours. Ding Dong merrily people!

This event will begin at 9pm but our Picturehouse Cafe Bar is open earlier for good times and Christmas cheer.

Craig Charles presents some of his favourite and funkiest tunes from the night on this new Freestyle Records compilation out on 26th November. Further info and pre-order by clicking here now 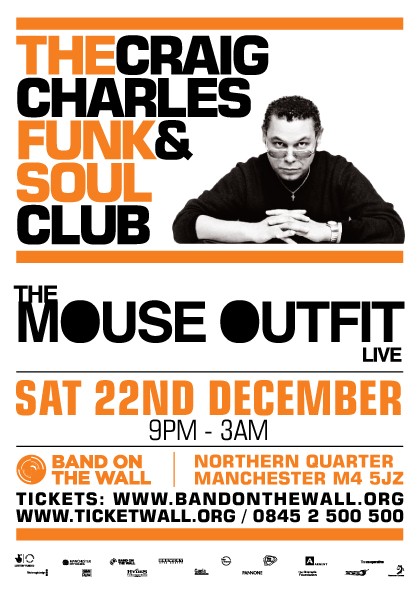