Tickets available on the door priced at £12 each.

The Craig Charles Funk & Soul Club returns with The Mighty Mocambos bringing their funky live antics to Band on the Wall.

The Mighty Mocambos deliver classic heavy funk with blazing horns, soulful guitars, driving drums and basslines, combined with an extra bit of quirkyness. From humble origins jamming as school friends, the group has expanded and new members have reinforced the power of the group to what it is today. Apart from releasing themselves and other artists on their highly regarded imprint Mocambo Records, they have released 45s on various other labels from all over the world under almost a dozen pseudonyms. They’ve been remixed and re-released, furthering their exposure and acclaim among funk fans and DJ’s alike.

Recent success has seen them touring extensively, and making live radio appearances on the BBC and Radio Nova, as well as at massive festivals such as the Printemps de Bourges in France. While still on tour, the Mighty Mocambos started recording new material, some instrumental and some with vocal guests like Afrika Bambaataa. 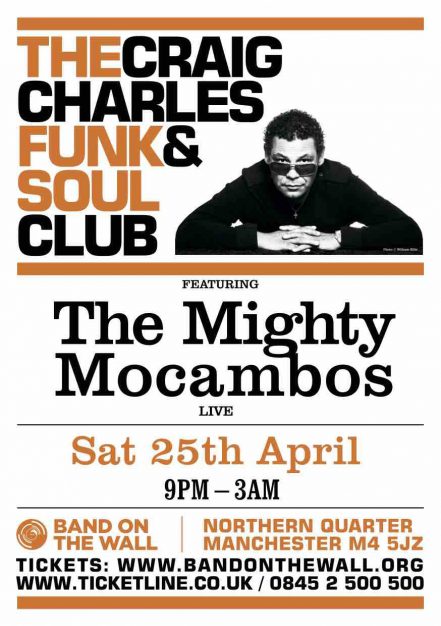