100 tickets available on the door only now on the night from 9pm. Cafe Bar open earlier so get down early and get in!

The Funk ‘n’ Soul Show goes live for what is now considered one of Manchester’s biggest and friendliest club nights featuring a full live set by the mighty Smoove & Turrell followed by DJ, actor and funkster about town Craig Charles manning the decks until 3am. 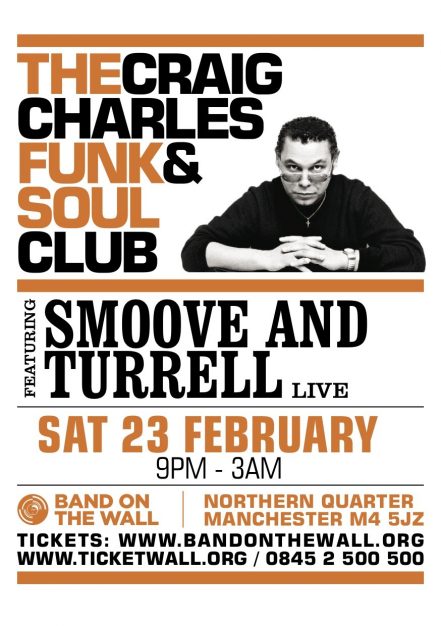